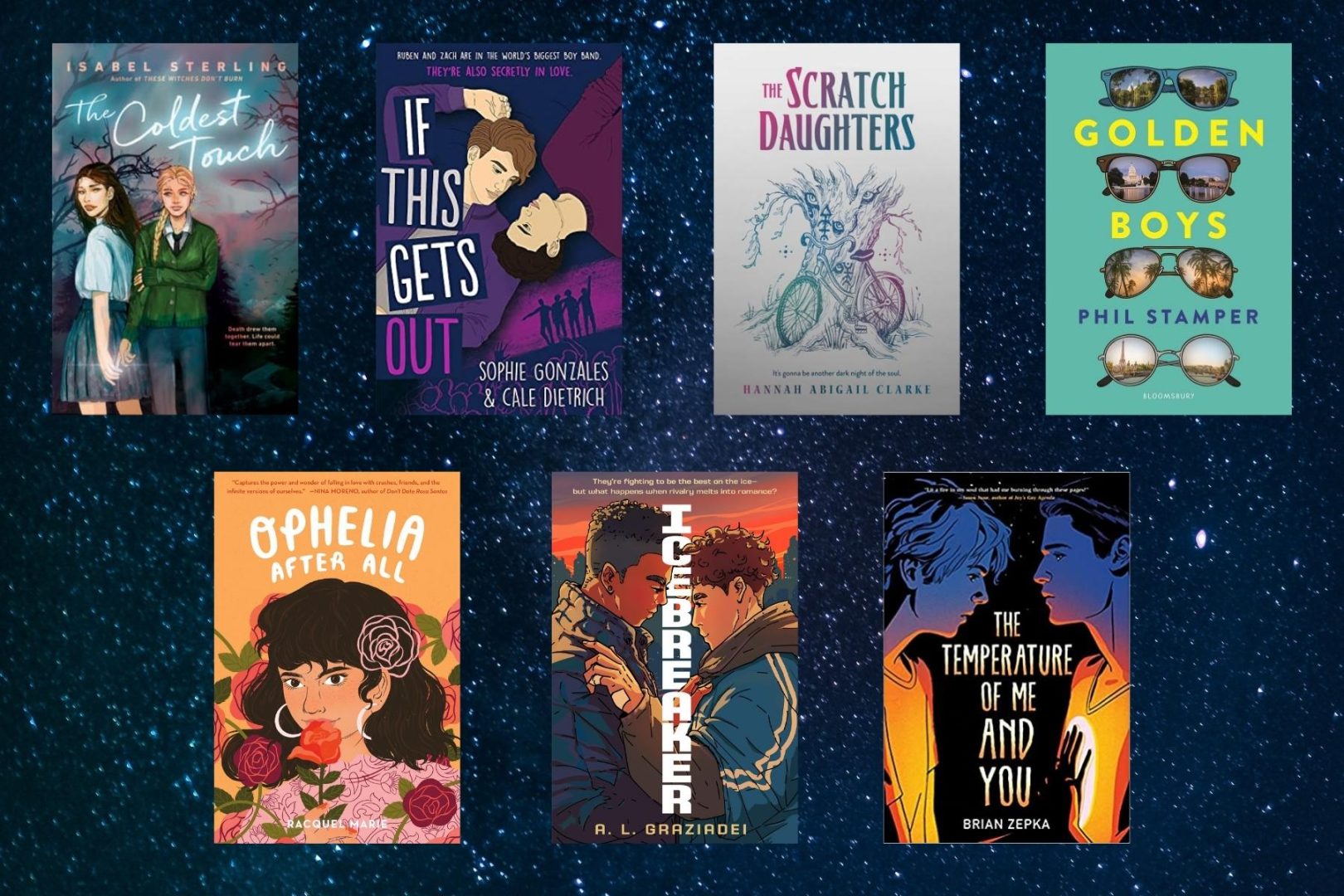 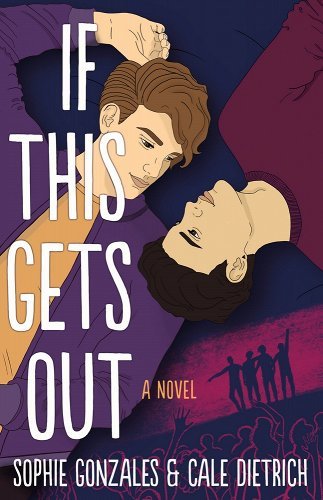 The Sun bobs along lower in the winter sky than any other, granting us the longest reading nights of the year. Nice for us, the moon’s gallery keeps evolving as fiery works appear. Let’s make sure to keep pointing them out to our friends. Together, we celebrate new stars appearing in the constellations of inclusive literature.

The first bright light is Isabel Sterling’s paranormal romance, The Coldest Touch. When Elise holds people she loves, she feels how they will die, unless she successfully intercedes. After she fails to prevent her brother’s death, she begins to resent her ability. Soon, though, The Veil assigns vampire Claire to help Elise embrace her gift. Despite her bitterness, much less her reluctance to align with a vampire, Elise warms to Claire’s guidance. When a teacher is soon murdered, and a paranormal killer begins stalking the streets, Elise and Claire are put to the test. As Claire fulfills her duty, her pull to Elise bends toward the romantic, threatening her assignment and straining Elise’s trust. (Razorbill/Penguin, December 7)

Also glittering in early December is Sophie Gonzales and Cale Dietrich’s If This Gets Out. Singers Ruben and Zach of a popular boy band sing unabashedly on stage, but they’ve been told to keep the music they make behind-the-scenes a secret. A European tour presents the opportunity to ignore their professional overseers and finally consider coming out to their fans, but would that lead to them losing their management? Simultaneously, strain rises in their friendships with bandmates Angel and Jon: Is fame destroying the four best friends’ backstage harmony? (Wednesday Books/Macmillan, December 7)

The Scratch Daughters by Hannah Abigail Clarke winks at us next, pulsing with allure as the second of the Scapegracers trilogy. In volume one, Sideways Pike formed a coven with popular classmates and stirred up a crush on Madeline. Alas, Halloween was ruined because Madeline meant to steal Sideways’ magical force, not kisses. Successful, Madeline says she’s just borrowing the specter till she can get her own back from the Chantry Boys. Now forceless, Sideways is in the pits: distraught, magicless, and tethered to Madeline’s consciousness. Sideways’s connection to Madeline finally proves useful when she gains insight into how to trap all the wrongdoers. But the other Scapegracers are busy being jolly, crafting curses for girls mistreated by guys, so Sideways is left to turn inward, to Mr. Scratch, the demon currently living in the hollow of her missing specter. (Erewhon, December 21)

A. L. Graziadei’s debut Icebreaker twinkles in January with hockey players in love. With both his father and grandfather boasting NHL credentials, Mickey appears set for the top spot in the draft—with one exception: teammate Jaysen. The two ramp up their rivalry, vying for the coveted shot, as desire off the ice leads them to unexpected conflicts of the heart. (Henry Holt and Co. (BYR)/Macmillan, January 18)

Guiding us to the end of January is The Temperature of Me and You by Brian Zepka. Dylan repeats his days at Dairy Queen, cone after cone, until a literal hot guy walks in. Cute Jordan hums at 110-degrees Fahrenheit, and when the two get close, Dylan develops a fever and coughs fire. Jordan pressures Dylan not to reveal what’s happening, which leads Dylan to play it cool with family and friends. Dylan needs answers soon, but he couldn’t have guessed what Jordan reveals next. (Disney-Hyperion, January 25)

Phil Stamper’s Golden Boys gleams as the start to February and a duology about friends traveling apart for the summer. Heath, Reese, Gabriel, and Sal thrive as small-town queer friends who dream of what else could be. Before senior year, each strikes out for adventure. Heath helps his business-owner aunt in Daytona. Reese jets off to Parisian design classes. Boston calls Gabriel over with nonprofit service. And Sal volunteers for a Massachusetts senator. As these young friends grow and travel further apart, will their queer friendships drift apart, too? (Bloomsbury YA/Macmillan, February 8)

Finally, Ophelia finds her queerness shining like the brightest star in Racquel Marie’s Ophelia After All. Ophelia likes her friends, Cuban food, and endless crushes–on boys, that is. Talia stirs Ophelia’s assuredness in who she is, though, while the end of high school evokes fissures in friend groups and fears about what’s next. Ophelia must soon weigh who she always thought she was against who she’s finally realizing she really is—and what it will mean for people to find out. (Feiwel & Friends/Macmillan, February 8)

The Banal and the Profane: Michael Broder
Toni Mirosevich, "Giveaway"
'Buddha in My Belly' by Brittany K. Fonte