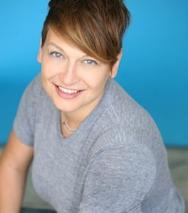 Allison Moon‘s first novel, Lunatic Fringe, can be summed up in two words: Lesbian Werewolves. It will be released in October 2011 and she is currently working on the sequel. Her writing has been published in make/shift, Not For Tourists, Nerve, McSweeneys.net, and she was recently named a runner up for the Victoria Hudson Emerging Writer’s Award. Allison is a vocal queer, polyamorous, and sex-positive feminist who blogs about all of these things, and more, at TalesofthePack.com.